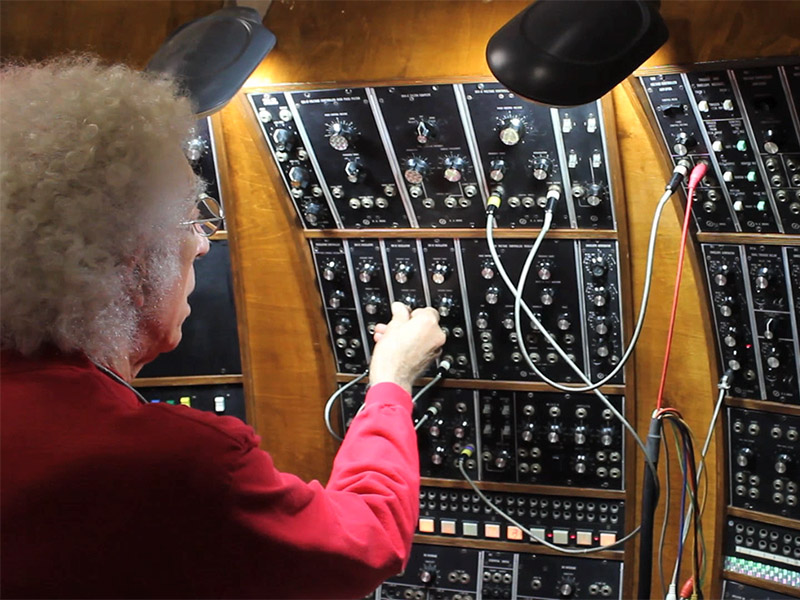 After years of careful restoration, join the National Music Centre as it commissions one of the crown jewels of its music and technology collection, The Original New Timbral Orchestra (TONTO).

With a week of special programming to commemorate this milestone, hear members of A Tribe Called Red, the first musicians to create new music with the legendary synthesizer, demo TONTO during a public workshop and incorporate the instrument into an evening Studio Bell After Hours set.

“After seeing TONTO for the first time back in 2014, I knew that I had unfinished business at the National Music Centre,” says 2oolman of A Tribe Called Red, in a statement. “I have been waiting patiently ever since to get my hands on that instrument.”

One of the world’s largest modular synthesizers, created by Malcolm Cecil and Robert Margouleff in 1968, it marked the first attempt at making a universal language for different synthesizers to communicate with each other. You can even catch Cecil demonstrating the instrument or attend a special lecture.

“We made a promise to Malcom to ensure that TONTO would be used again in the creation of new music and that its legacy would live on,” says Adam Fox, NMC’s Director of Programs, in a statement. “It took several years to properly restore the instrument, and now it’s finally ready to enter its next chapter. We couldn’t be more excited to hear where NMC’s Artists in Residence take TONTO next.”

With several special events to mark the occasion, be sure to make time to hit up these offerings:

Whether you’re a seasoned pro or just starting to dip your toes into the world of synthesizers, here’s your chance to get an introduction to synthesis.
nmc.ca

In Conversation with Malcolm Cecil

Join TONTO’s co-creator Malcolm Cecil as he leads a conversation about its history, chronicling the synth’s creation, seminal works, collaborations with notable artists, and its enduring legacy.
nmc.ca

Synth pioneer Malcolm Cecil reunites with TONTO for a rare demonstration on the legendary instrument.
nmc.ca

Phantom of the Paradise

See the 1974 Brian DePalma horror-musical, Phantom of the Paradise, which immortalized the monster synth after it was featured as the electronic room. Though the film was a flop virtually everywhere after its initial release, it was a hit in two places—Paris and Winnipeg, where it maintains a rabid cult following to this day.
nmc.ca

I Dream of Wires

Nurse your TONTO Week hangover with a Southern soul-inspired brunch at the King Eddy and a matinee screening of I Dream of Wires. The 2014 documentary directed by Robert Fantinatto features over 100 interviews from inventors, musicians, and enthusiasts about their relationship with the modular synthesizer.
nmc.ca